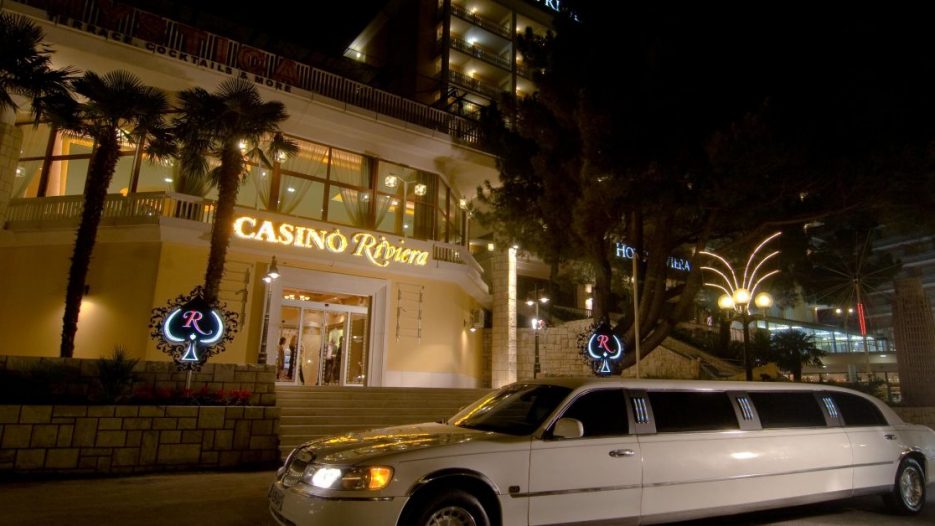 Casino Riviera has been recently bought by the company Novomatic. Novomatic’s primary occupation is the production of machine slots and is the owner of multiple casinos all around the world, including 9 in Slovenia. This is in a way good for the players as it guarantees a modern and progressive experience.

Gambling was already present in Portorož in the times of the Austro-Hungarian monarchy. The first gambling games were organized in the villa San Lorenzo, and were also combined with more serious events such as business meetings. In a way, gambling remains the essence of Portorož. They are the main activity, the main source of income and also the main tourist attraction in Portorož. (source)

The leading Portorož company that was the owner of the Palace hotel, the Portorose Group, relocated their head office from Trieste to Vienna in 1911. In 1919, the ownership of the group changed hands from the Austro-German to the Italian shipping family Cosulich. The entrepreneurial brothers Cosulich re-launched the Portorož tourism with their ambitious plans. Even though all of the Portorož hotels were operating at a loss at first, the Cosulich family soon bought the Riviera hotel as well. Owning the Palace hotel and the villa San Lorenzo, they were able to manage the majority of the residential facilities around. The number of visitors started quickly dropping after the First World War. (source)

The story continued after the war in the 60s. Since then, the Portorož casinos had many different owners.

The casino Riviera is located in the center of the Portorož, only a few steps from the sea. As a part of the LifeClass Hotels & Spa hotel chain, it facilitates a place for socializing and entertainment. The salon is particularly famous for its sophisticated baroque style with modern slot machines and three electronic roulettes.

Games in the Casino Riviera

The salon is particularly famous for its sophisticated baroque style with modern slot machines and three electronic roulettes.

You can enjoy in two electronic roulettes, contests, special surprises and 184 slot machines with the newest games! The majority of the slot machines offer a laid-back gaming with a touch screen to choose from the gaming options.

You can choose from games such as:

The Admiral and the Tourist Vouchers

The casino Riviera is open 24/7, all year. Besides gambling, they also offer food and drinks that the valets bring to your table. There are also two smoking areas.

It’s important to note that the Casino Riviera has a stricter dress code, so you won’t be able to enter in sweatpants. Casual clothing is required.

Behind the website casinos.si is a team of gambling enthusiasts and experts. We’ve created it in order to introduce Slovenian gambling to everybody who shares our passion for the entertainment industry of gambling.

We only advocate responsible gambling!

Only if older than 18 years old!

Online gambling is only gaining in popularity. On our website, we will be sharing useful links for easier and safer online gambling!

Top Rated Casino is a website, intended for all of you who prefer to play from the comfort of your own home.